In what was an unconventional playoff game, the Boston Red Sox eliminated the Tampa Bay Rays by a final score of 3-1 in Tampa. Boston joins the Los Angeles Dodgers as 2 of the 4 teams to make it to the next round of the postseason. For Boston this is the first time they made it to the ALCS since 2008 and for the Dodgers its the first time they have moved on to the NLCS since 2009.

What makes this Red Sox victory so unconventional? Perhaps the fact that Rays skipper Joe Maddon used 9 pitchers in this game, setting a postseason record for most pitchers used in one game. This was no extra inning game either, this was your regular 9 inning affair.  It was known that Rays starter Jeremy Hellickson would get a short leash. Hellickson threw a perfect 1st inning but in the 2nd he gave up a hit and walked 2 men with no outs leading to his exit. From there Maddon had put together an interesting carousel of pitchers including starter Matt Moore.

Boston starter Jake Peavy went 5 2/3 innings giving up 5 hits, 1 earned run and striking out 3. He did his job and the bullpen did theirs, including a wonderful performance by Craig Breslow who many Red Sox players say he was the game MVP for keeping the Sox in a close game having been down by 1. Red Sox turned in a small rally in the 7th and get the go ahead run off a wild pitch from Joel Peralta. Tazawa and Sox closer Uehara threw brilliantly as they have done all year to seal a spot in the ALCS for the Boston Red Sox.

There are a few notable things in this series. Boston took 8 walks and gave up zero in game 4 of the ALDS. The bullpen was excellent. Shane Victorino was hit 4 times tying a postseason record. Jacoby Ellsbury went 9 for 18 including 4 stolen bases and David Ortiz went 5 for 13 and clubbed 2 home runs. All the means to fend off a hungry Tampa Bay Rays ball club.

The Boston Red Sox will meet the winner of Fridays game 5 winner between the Oakland Athletics and Detroit Tigers. 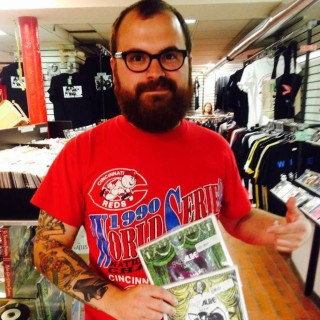 I'm Tim Williams. A baseball nut with a few words to say. Here are my brain droppings. Twitter: TimWilliamsDFS